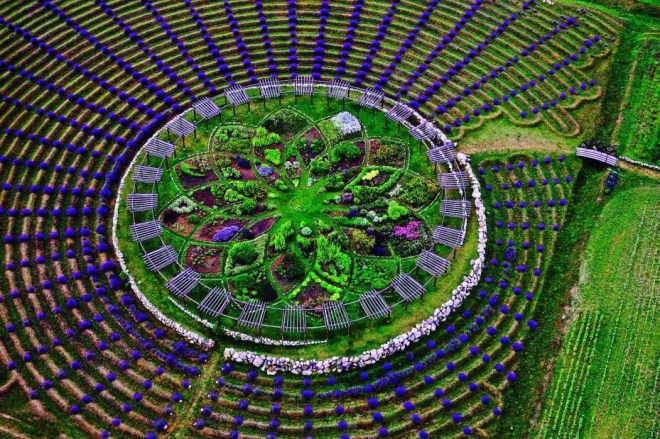 Wandering through mazes filled me with anxiety as a child, especially when I was lost amidst walls of tall hedges. Mazes, with many paths and dead ends, require us to think analytically to solve the puzzle. Labyrinths are both rational and intuitive. When I walk a labyrinth, the single path allows me to clear my mind, allowing me to be more aware of God’s voice and where the Spirit is guiding me in life.

One day I introduced a friend to an outdoor labyrinth. Hoping to have the space to ourselves, I was disappointed when several others were already walking its path. More people joined after we had begun, so there were at least a dozen people walking the labyrinth at once. My previous disappointment changed to a feeling of solidarity. As I walked the labyrinth in silence alongside strangers, at times brushing shoulders with them, I couldn’t help but hold them in prayer for whatever brought them to this sacred path. I don’t know what you are praying for in your life, but God knows. And that is enough.